This content is saved for historical purposes and is no longer updated. In the fall of 2015, during the Cyberweek sales, I bought a Microsoft Windows 10 tablet, an RCA Cambio Windows 10 Tablet. Why didn't I get an Android tablet? Quite simply this: Windows 10 runs apps--for example, an app to run Kindle and another app to run Nook ebook readers. I use those often. Versions of Linux don't run these apps. I think Linux is an operating system with no future because it doesn't run apps. Therfore, I'm going with Windows 10, which also matches my desktop system. 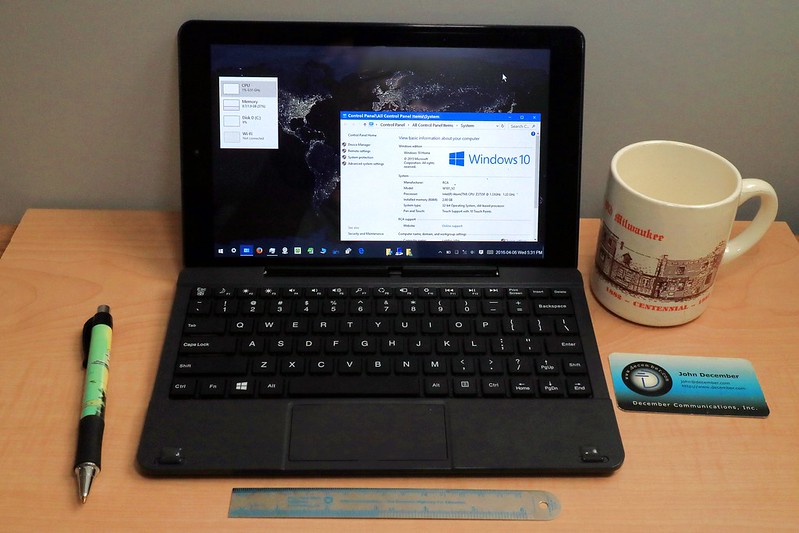 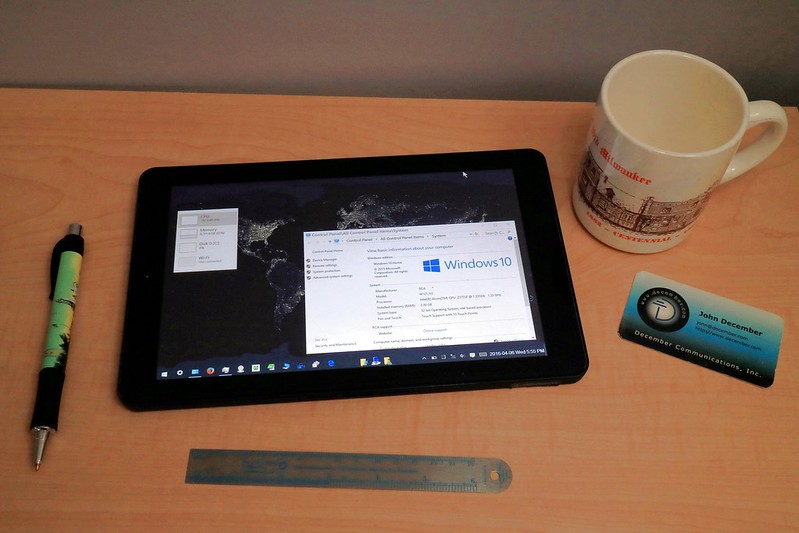 A screenshot of the desktop: 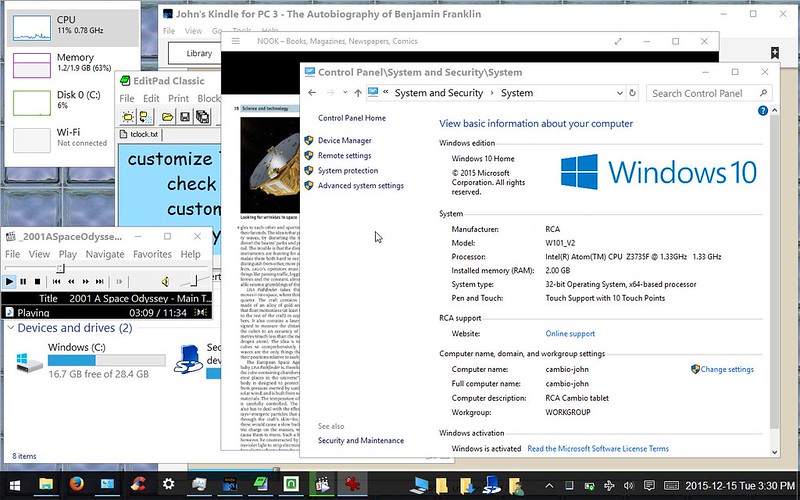 My first work on my tablet was to get started using Windows 10 by doing much the same adjustments to Windows 10 when I installed it on my desktop computer.

Next I set up my Windows 10 Tablet for Ebooks (and magazines and audio books.