This content is saved for historical purposes and is no longer updated. Released in the summer of 2015, Microsoft's Windows 10 promises to run on a range of devices--from mobile phones, tablets, laptops, desktops, and more1--and support apps developed for Android and Apple2.

The Road to Windows 10

I have long wanted a very small and mobile computer. Back in 1997, I bought a Casio Cassiopeia A-11, because it was small (17.3 cm x 2.5 cm x 9.1 cm) and light (380 g). It ran an operating system from Microsoft called "Windows CE." It could exchange files with my PC easily and even had a spreadsheet application and word processing. It took AA batteries, so I could easily carry extras or buy new batteries anywhere. It had a slot for a Compact Flash card for extra memory. I could type very fast on its small keyboard, and I took this little computer on trips around the world because it could pack so easily. 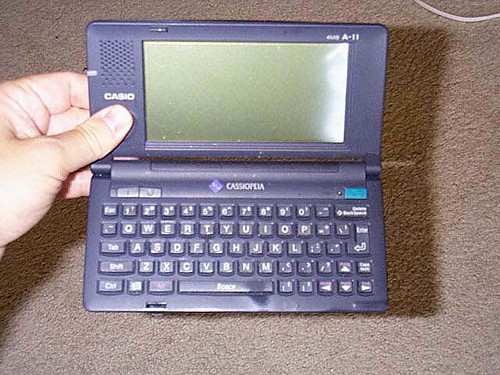 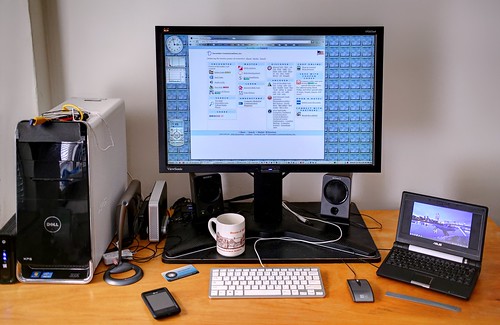 When choosing this computer, I assumed that Microsoft would support and develop Windows CE in the years ahead--and thus provide an operating system that worked seamlessly with its popular desktop operating systems. But, alas, this was not mean to be (until 2015 when Windows 10 is introduced). My Cassiopeia worked very well for several years, but then it gave out because it would not stay powered, and I judged the cost of repair exceeded its value. I was not aware of further Windows CE devices.

Handheld PDAs took the world by storm for the years after 1997, but I was always concerned about getting locked into proprietary batteries, parts, and operating systems. I did get a laptop (although I was not happy with how heavy it was), so I didn't feel the need for a more mobile computer for a while (the laptop eventually died after 6 years of intensive use). I did not buy another laptop for awhile. Laptop computers, rather than getting simpler and lighter over the years, bloated to gargantuan weights and sizes and were loaded with vast amounts of things I would never need, want, or use. I therefore held off buying any of them. I was very disappointed with computer makers who were unable to discern that a market exists for people who want simple, lightweight devices that actually work. (I still am disappointed by most computer makers who remain clueless about the vast market for small, lightweight, simple computers that work). Starting in 2008, I have been using an an EEEPC computer running a variety of Linux-based operating systems. I've nursed this EEEPC along through to 2016.

The historic change is clear--there is declining use of desktop computers and increasing use of mobile and tablet devices:

The Promise of Windows 10

I think Windows 10 is important because: These two features will allow Windows 10 to support the next wave in computer use--the continued rapid movement of users toward mobile, networked devices and apps. (The past has been dominated by users accessing Web sites on desktop, laptop, and netbook computers.) The widespread use of the Windows 10 operating system should accelerate this movement. Just as the widespread use of the Internet and World Wide Web in the 1990's brought users to interact with Internet-connected Web browsers, this 21st century multi-device world will engage users with smaller and more diverse hardware and software apps.

Transitioning from Windows 7 to Windows 10

I had Windows 7 on my desktop PC and signed up for the download and installation of Windows 10 in July 2015. On the morning of July 29, 2015, I was able to start the download process for Windows 10. This completed in over 24 hours, I suppose due to the heavy demand. Once downloaded, in my Windows Update section, I saw the message: "Start installing the newest version of Windows now" with a 2,712.6 MB download file ready. I started the update, and it finished in about 1 hour.

I was happy to see that the Windows 10 interface was very similar to Windows 7, and I could adjust my desktop experience to be a familiar one.

I prepared a Windows 10 Recovery Drive on a SD card and set it aside so that if I have to reinstall the system (for example, if I have to replace the hard drive), I'll be able to use that SD card.

My first work was to get started using Windows 10 on my desktop computer by simplifying its use to my preferences.

After stabilizing and using Windows 10 on my desktop computer, my next step was to get a tablet computer.