Streetfight: Handbook for an Urban Revolution by Janette Sadik-Khan and Seth Solomonow

"Street life improved by virtually every measure... I am convinced that the fight to wrest back New York City's streets holds lessons for every urban area, and that the future of our cities depends on it." (p. 5).
Consider the city, town, or village where you live. Would you like to: reduce crime, increase safety, increase business activities, improve property values, and enhance the quality of life of your fellow residents? And do this with costs that are a fraction of the price to paint a bridge? And to get it done in a fraction of the time many projects take? (months instead of years)? And to implement these reforms not with dreamy theories, but proven methods that have been shown to be effective throughout the world and throughout human history? And to show results immediately--even within minutes of completing the project? And to show long-term results that are observable, measurable, and desirable? And to have results that will be so strong, convincing, and lauded by citizens that any force--even deception, and self-interested media campaigns--cannot undo the progress once made?

Would you like to implement improvements for the place where you live? Probably not. You've likely elected polticians that work against these benefits for your fellow citizens. You may have sided with organizations and people who work to stifle, set back, or otherwise sabotage any possibility of accomplishing these benefits. You may have actively worked to deny or coverup the negative aspects of inaction--including covering up deaths or tacitly agreeing to injuries or policies that kill people. If you are a professional engineer, you may work daily, with all your skills, to make sure these improvements are never done, even using deception, false statements, false research, and illegal activities to support arguments against these improvements. If you are a professional traffic engineer, your livelihood may very well involve inflicting death or injury on people as a result of your choices, and you actively supress, coverup, or deny these casualities (See also Dark Age Ahead and Why We Drive).

Why would people oppose the benefits of a better quality of life for people? Perhaps out of habit. Perhaps out of self-interest. Perhaps out of thinking that things have been done the same way for so long, why change them? Perhaps you assume that your fellow citizens, too, like how things are and have no desire to make changes to gain these benefits. Perhaps your political party is committed to keeping these changes from happening out of a fear that it would change the political complexion of your area. Perhaps you view the changes that might happen as so much against the way things are now that, in principle, you would not want them. 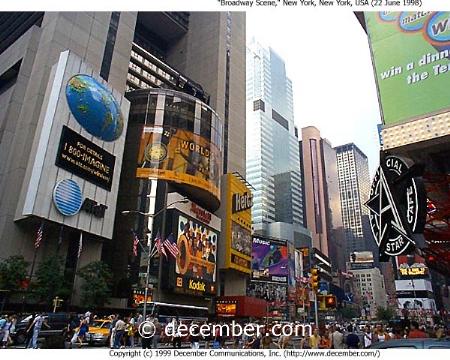 Janette Sadik-Khan and Seth Solomonow in Streetfight: Handbook for an Urban Revolution describe how a dedicated group of people in New York City improved the lives of citizens by taking full advantage of the most basic, pervasive, and successful element of transportation infrastructure ever invented: the street. Rather than accept the status quo, these leaders looked at how space was used on the street, and saw imbalances in resources dedicated to those who used the street and how resources were used to support those users. By identifying how improved street designs could make better use of the entire space of the street in safer, more efficient, more equitable, and more productive ways, the author and her team achieved remarkable things. The authors describe how their work:

The title of this book is Streetfight, and so the author's last chapter is cautionary: "Even when streetfights are won, we must undertake a campaign of eternal vigilance... there are no guarantees preventing the next generation of leaders from reversing the course of a city and reverting the operating code back to its default position" (p. 294). (Remarkably, the State of Wisconsin did just that--struck down a Complete Streets law, reverting to the default position of "cars first.") The author describes who opposed the street reform work: "... a small but vocal army of opponents. They were a mix of people who disliked Mayor Bloomberg and were skeptical of any government action that was environmental, healthy, or 'vaguley French'... They denounced the changes and politicized the very data that should have transcended the passions surrounding these changes." (p. 4).

Why do cities oppose or throw away opportunities to improve their citizens' lives? That is a complex question, and I think it largely has to do with entrenched self-interests and the benefits of the status quo. There are cities in the USA and througout the world where improvements have been made in peoples' lives, and it seems that those cities are already gaining enormous desirability. Indeed, these cities are so desirable that people are voting with their wallets and bidding up the prices of housing in these improved areas. Thus, the further challenge of improved streets is meeting the tremendous demand for these scarce places where people matter.